Summer Animation at the Wyly 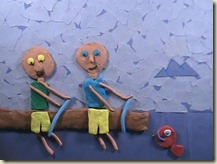 I am pleased to announce that this summer I will be teaching 3 animation classes at the Wyly Center for the Arts in Basalt. Now you have a chance to bring objects and drawings to life. We will try out different types of animation to create a series of short films you can share with your friends and family. Classes are for all age groups so please tell anyone you think might be interested! It's coming up in less than a month, so don't wait to register!

Here are the dates and links:

Registration is now open and space is very limited so sign up early and bring a friend. I look forward to animating with you! 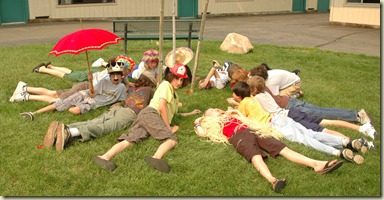 Email ThisBlogThis!Share to TwitterShare to FacebookShare to Pinterest
Labels: workshops

This week I’ll be heading to Amsterdam as the WRENCH project makes its debut. Featuring eight original compositions inspired by the photographs of Edward Burtynsky, the performance will be “a tightly versed integration of sound and projected image”. 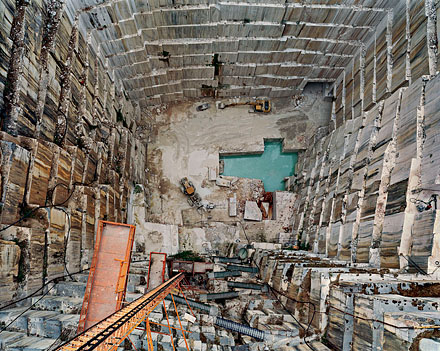 I found my way into this project through Sueng-Ah Oh, a composer I met at the MacDowell Colony. We only crossed paths for a few days, but it was enough to spark interest in each other’s work and 2 years later, we find our talents mutually beneficial! I have been creating the visual accompaniment to Seung-Ah’s piece Figures in Time. It has been thrilling to have access to Mr. Burtynsky’s Quarry Series photographs as the raw materials for my animation. I am impressed by the rigid geometric forms and linear divisions embedded in the massive rock forms. The deception of scale turns machinery and people into mere specks of texture in a photograph. My approach to the project has been to accentuate these elements through movement as a reminder of the human footprint which become part of the raw artistry of a landscape. Burtynsky’s photographs resonate with my belief that a pristine environment is not nearly so compelling as one that has symbiosis with humanity.

The premier of our work, along with the other compositions will be performed by Hexnut on May 22 in Amsterdam’s prestigious Muziekgebouw. I have been working with a recording of the composition, but since the actually performance will be live, we are both very curious (and nervous) about whether the synchronization will actually work. Hexnut plans to take the performance on tour throughout the Netherlands and Europe in the coming year.

Posted by Unknown at 9:43 AM No comments:

I can’t think of a better venue for showing off new media works than on a giant LED screen in the middle of a major US city. This Friday, May 13 at 8:30pm the Mile High City is hosting “Frame of Mind: Curation of Visual Art Pioneers”. The show is free, outside at the corner of 14th and Champa, so if you are in town, come on by. For the show, Thom and I created “Narrow Gauge”, a short animation inspired by the derelict tracks of the Rio Grande RR near our house. I guess that makes us visual art pioneers!

In addition to the showcase, there will also be a 3D digital mapping project. If it is anything like this piece, which was shown in Amsterdam last year, prepare to be blown away. All this hoopla is part of Create Denver Week, which looks like a pretty great event in general. There are over 30 workshops for artists on Saturday along with gallery receptions, exhibitions etc. Kudos to Denver for supporting the arts!

Posted by Unknown at 9:33 AM No comments: