A Nice Day for a Ride

When I took my first 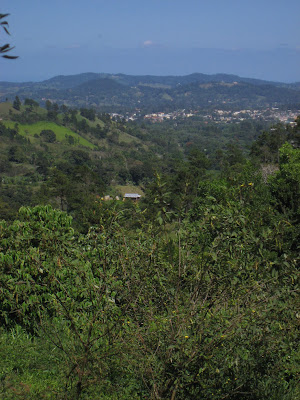 motorcycle ride up the and through the , snuggly situated behind my friend Dave, he explained to me the reason riding is so addicting. When you take a drive in a car, you move along the road enclosed in your protective box, safe from experiencing the speed and environment of your journey. On a bike, the elements become immediate – the warmth of the sun tempered by the air moving over my skin; the smells of the bush, the farmland, the exhaust of the truck loaded with bananas groaning its way up the hill in front; the bugs bouncing off my sunglasses and the cat calls of the local men as two Americanas on a moto whiz by. All these are immediate, visceral and turn a Thursday afternoon drive into an adventure.


With a blue-sky and pleasantly warm day, Erica and I escaped the city limits on her zippy little moto and headed up into the mountains. Our first stop was a short trail through the jungle, which wound behind a rickety house with a pleasant woman doing her laundry, past a few wild fruit trees that tempted us with their laden branches. The oranges were sour and the lemons were sweet! We followed a river to a series of cascades below the Monasterio Cisterciense Santa Maria del Evangelio. At the base of the falls we chatted with a woman from who was with a small group of service workers touring the monastery. The padre leading the group greeted us and chatted with Erica about her work with Vida para los Niños and eventually they found someone they both knew and were immediate friends He soon was affectionately dubbed “Parrot” by my sister, after a lengthy explanation that his name was Laro not loro (like the green bird that repeats everything you say). Erica promised to attend church at the monastery soon so she could try his pan con chocolate. The monks are famous for their baking and before we left we managed to purchase un pan baguette and un pan de campo. As it was well into the afternoon and our stomachs were rumbly, the pan baguette didn’t even last the walk back to our bike. Good bread is hard to find in the DR. Erica will be back. 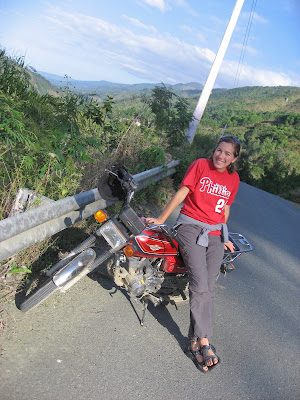 We continued on our journey, enjoying the beautiful day and the winding road by the river. Eventually we began climbing and climbing and climbing and just before the crest of the winding curves the bike rebelled and puttered out. Two kids watched our repeated attempts to start it. Reluctantly, saving us much embarrassment, it did rev up and we made it to the top, a long downhill and rows of green mountains ahead of us receding in the distance. We continued through several small communities and finally reached our destination, a small town nicely situated on the banks of a river. Then we turned around and rode home. Really, the destination was the journey and the ride back, in the cooling air with the sun on our backs was just as pleasant.
Posted by Unknown at 7:26 AM No comments:

The Best Job In the World

The music is called "Puddles" and was composed and performed by my friend Matt Wood. 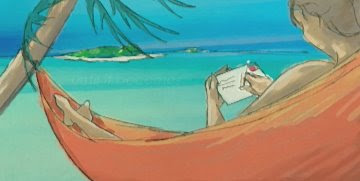 Posted by Unknown at 4:31 PM No comments: